40 children will be provided with everything they need for school. Each child will also receive 4kg of rice. 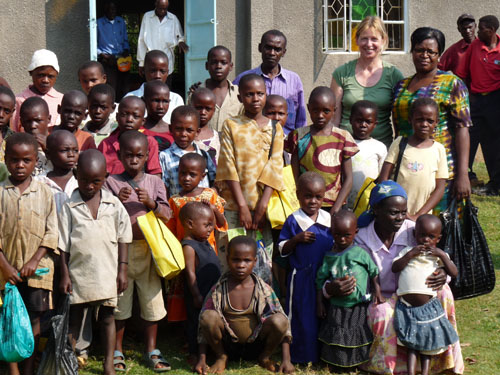 In August, my husband, Klaus, and I were in Kenya to determine on location which type of support is most urgently needed and which projects would be most expedient in the Western Province. The people concerned were actively involved in the planning process. Following a strenuous journey in a four wheel drive vehicle, we were awaited by dozens of children and women, as well as a few men – including the priest and the village elder. We were greeted by singing and affectionately welcomed in the church.

Afterwards, we gave each of the 40 orphans and half orphans a school uniform, shoes and school materials (exercise books, rulers and pens) as well as 4kg of maize for each child.The children now have the chance to participate in school lessons –a burden has, at the same time, been taken off the shoulders of the foster families.After handing over all of the things to the children, all those in attendance received a warm meal.These project was an excellent preparation, from our Kenyan Coordinator Recky Awino 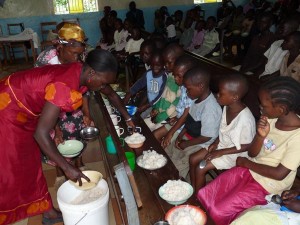